A Humble THANK YOU for #SteadyYeti fan art and support!

A few weeks ago several life crises crashed down on me. I don't like to advertise my problems or seek attention for them but I had to miss an Evan Yeti update which I have only done one other time in six years of working on Evan. I had left a message in the comments of the last page and on Twitter explaining there was a family crisis and i would update the next page as soon as possible.

While trying to make sense of my life I got a notification from twitter with fan art from Jim Haas with the message "I don't know your family situation but I hope it improves" and the hashtag #SteadyYeti. The fan art and message hit at just the right time when I needed support badly. As soon as I saw it I actually cried. To think that someone who doesn't even know me or my situation took time out of their day and offered their talents simply because they believed it was the right thing to do. It was perfect.

And the submissions to #SteadyYeti kept coming. Each with encouraging messages and amazing art. These are the most successful cartoons I have ever experienced. By which I mean someone put pencil to paper and changed my mindset and mood entirely. I wasn't sure how I could go on creating Evan Yeti since I didn't feel like the same person as when I started and it was hard to find any joy in anything. But these #SteadyYeti submissions showed me the power of cartoons and made me feel I had a responsibility to continue to contribute to an awesome webcomic community that supported me.

I have done a few fan art things here and there and always recognized them as being a nice thing to do. I never realized until now the powerful impact fan art support can have in someones life.

THANK YOU to these amazing artists, supporters and friends 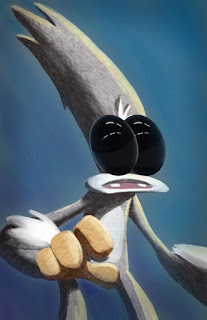 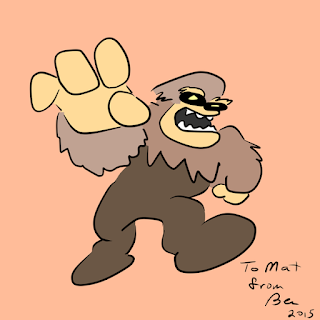 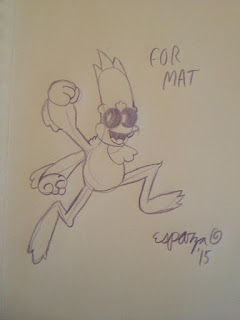 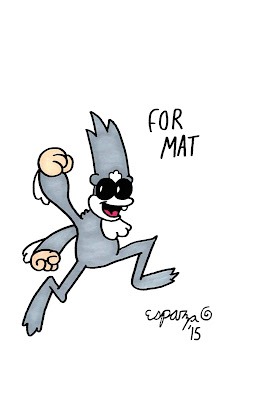 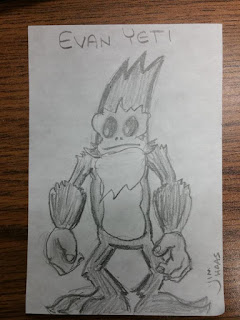 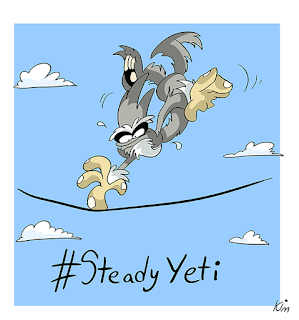 A truly Steady Yeti! by Kim Belding creator of the webcomic Picpak Dog 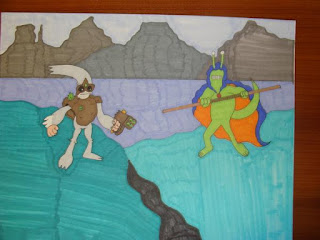 Evan in his rock armor teams up with Mr. Blob by Chris Gobbet creator of Root Beer Party 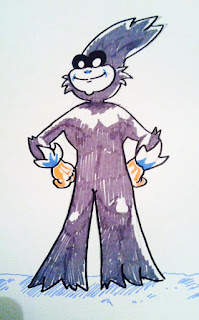 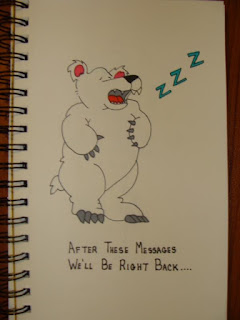 Another awesome submission by  Chris Gobbet of Root Beer Party. Didn't get to use this placeholder this time but if there's ever another need for it I'll gladly put it to use! 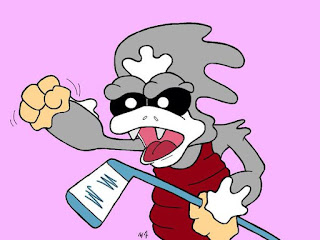 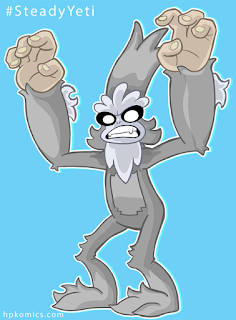 This Evan is ready to spring into action! by David Davis creator of the webcomic Cosmic Dash

I was notified by Travis Blair of The Zarf to check for the #SteadyYeti stuff and I'm sure he played a role in organizing it. Thanks Travis.

There are many others who offered words of encouragement. Unfortunately I've taken so long to get this post together it's hard to trace down all the messages and tweets and Facebook posts that were offered. Please know that every word of encouragement was both needed and appreciated.

Thanks again everyone,
-Mat
Posted by Mat at 5:36 PM No comments: